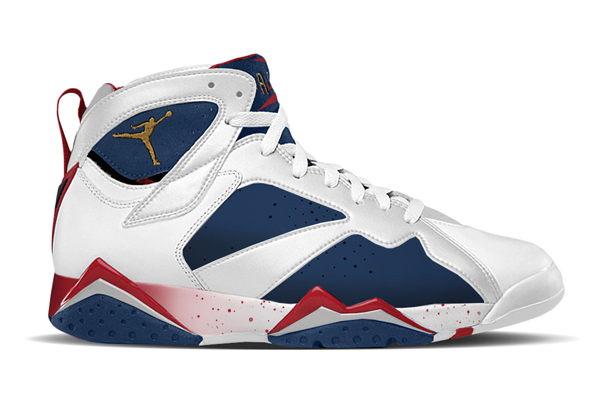 With the 2016 Olympics right around the corner, sneakerheads are anticipating the release of a patriotic Air Jordan 7 as they do every four years. For older sneaker collectors, memories of the ’92 dream team come to mind.

This time around the Air Jordan 7 Olympic breaks the mold of previous releases with the “Tinker Hatfield alternate”. This version of the 7 retro comes with lots of new features. The 2016 “Alternate” comes updated with new heel branding featuring MJ’s Olympic number 9 sitting above a U.S. flag backdrop.

A deep royal blue and red combination add a bit of contrast to the white upper. The metallic gold coin accents represent the gold medal won during the 1992 Olympics. The Air Jordan 7 “Alternate” will release on August 16, and will retail for $190. 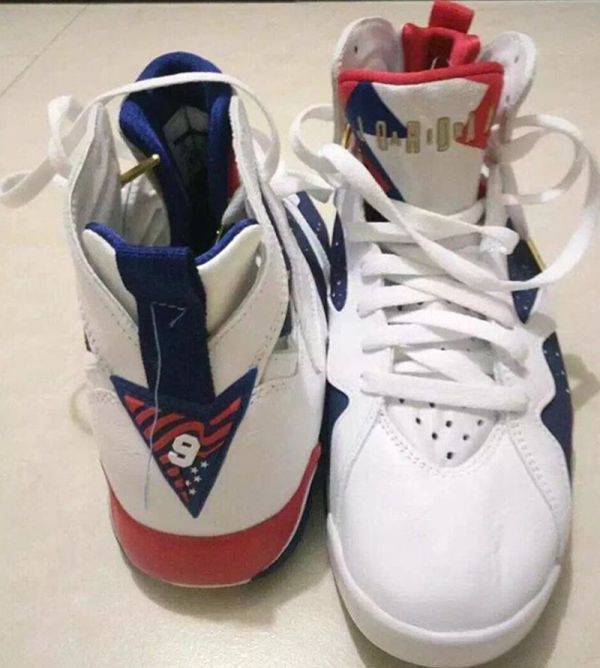