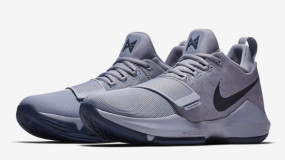 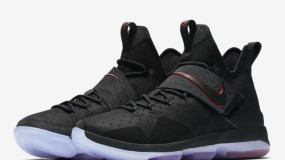 The Swoosh is dressing the LeBron 14 in the now famous “Bred” colorway. The Nike LeBron 14 Bred makes its debut on on the 19th. This variation of the Nike LeBron 14 features an all-Black upper with University Red accents. Red detailing appears on the tongue branding as well as on the forefoot of the [...] 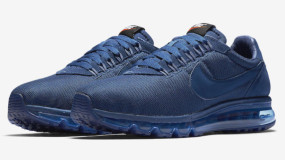 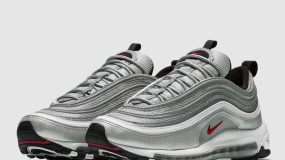 The Swoosh is bringing back the Nike Air Max 97 Silver Bullet. The 2017 iteration is due to release in mid April. The classic comes dressed in its OG Metallic Silver, Varsity Red, White and Black color scheme. Metallic Silver dominates the upper, while varsity red swooshes are used as accent pieces. A crisp white [...] 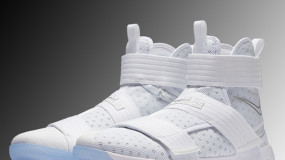 The Nike LeBron Soldier 10 may go down as one of LeBron James’ best Nike shoes ever and now the Soldier 10 legend continues to grow as Nike unveils the FlyEase version of this shoe. The LeBron Soldier 10 FlyEase has a new zipper construction and features an easier pull around the ankle. While the [...] 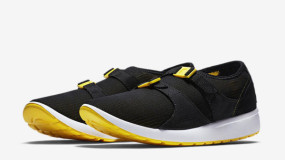 Nike has always been big on bringing back older models, so it’s no surprise the Swoosh is retroing the Nike Air Sock Racer OG. The Air Sock Racer OG features a lightweight mesh upper in a slip-on design with two straps on the midfoot. The flexible mid and outsole units are meant to provide comfort [...] 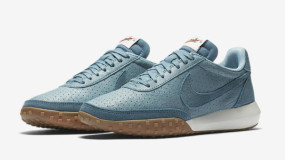 The Swoosh decided to do something a bit different with this women’s exclusive. The Nike WMNS Roshe Waffle Racer Smokey Blue is sure to turn heads. The Roshe Waffle Racer features a sleek design in an attractive smokey blue colorway. Additional details include stylish tonal suede overlays, and a nylon tongue with exposed edges. Some [...] 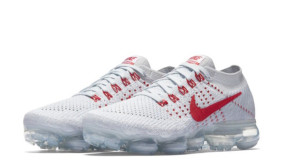 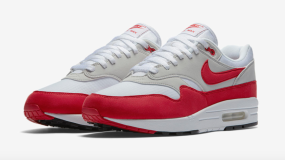 As part of the 2017 Air Max Day Collection, the Nike Air Max 1 OG Anniversary University Red will drop yet again in accordance with the silhouette’s 30th anniversary. The celebratory release pays homage to one of Nike’s most popular releases. The shoe boasts a mesh and suede constructed upper. Additionally, the now iconic sneaker [...] 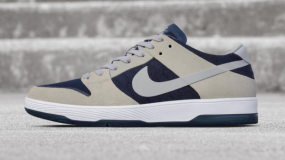 The classic Nike SB Dunk silhouette has been re-enginered to give it a modern edge. The new Nike SB Zoom Dunk Elite Low brings old school and new school together. The popular skateboarding shoe has been re-worked to be lighter and more flexible than before. The sneaker stays true to the OG design while new [...]