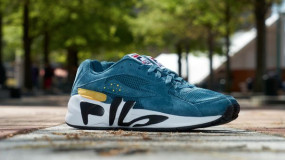 FILA has launched two new Mindblower silhouettes in seasonal citrus, teal and cherry tomato hues. The brand first re-introduced it earlier this year. Originally released in 1995, the Mindblower is a chunky running shoe recognized for its oversized, warped logo. Among the new offerings is a cherry tomato colorway, crafted in a mix of leather [...] 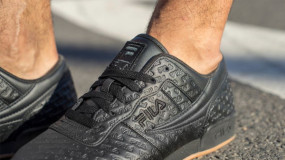 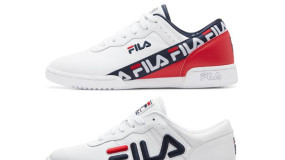 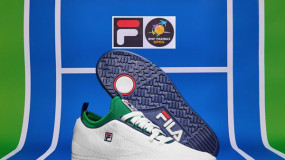 For the second year in a row, FILA and the BNP Paribas Open have collaborated on limited-edition footwear styles set to debut at this year’s tennis tournament in Indian Wells, California. FILA is the official apparel and footwear provider of the BNP Paribas Open, the largest ATP World Tour and WTA combined two-week event in [...] 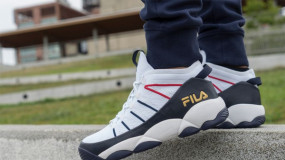 FILA will launch a new pack this Friday, presenting updates to the Spaghetti and Original Fitness. Leading the All Conference pack is the MB, designed in a two-tone suede, with FILA logo placements on the upper, tongue, vamp and back counter. Additional details include the classic MB design, displayed across the midsole. The Spaghetti gets [...] 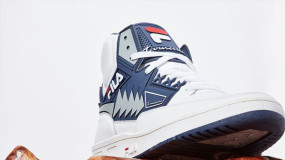 FILA has Launched its Midnight Pack 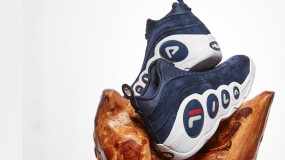 FILA launched a new footwear pack on Friday, which included four different silhouettes. Among the featured styles was an updated version of the Bubbles and the Euro Jogger. The Bubbles Zip is offered in both navy and black. The navy colorway is designed in pigskin suede and nylon, while the black is designed in leather [...] 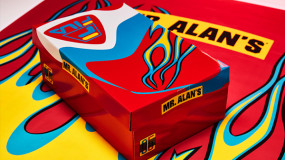 FILA has teamed up with Mr. Alan’s to launch a limited-edition version of the 95 sneaker, the brand’s iconic basketball silhouette. Designed in a white, biscay bay, red and gold fusion colorway, this special-edition style has unique features such as pony hair and patent leather embellishments. The FILA 95 x Mr. Alan’s footwear also includes [...]

FILA Kicks Off the New Year with the Turnstile Pack 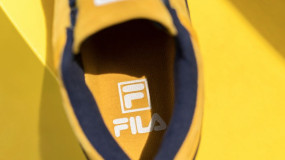 FILA will start off the New Year with the launch of the Turnstile Pack, featuring two versions of the MB as well as the T-1 Mid silhouette. The footwear in this pack will introduce a fresh new yellow and navy colorway for this season. The two MB styles each boast a rubber outsole, while highlighting [...]