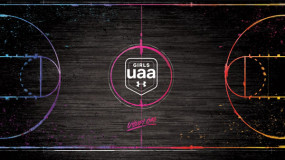 As Under Armour strives to make basketball inclusive for all, the Under Armour Association (UAA) has announced three newly formed grassroots platforms with UAA-Girls, UA Rise and UA Future, encompassing the entire spectrum of grassroots basketball from 17U to 10U for girls. Inspired by Steph Curry’s efforts to create an equal playing field for women [...]

Under Armour Introduces the M-Tag 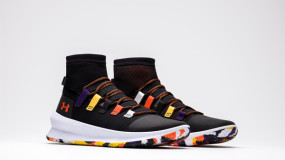 Under Armour is introducing the M-Tag, a new basketball sneaker that will draw eyes on and off the court. The M-Tag is being worn by UA athletes Josh Jackson, Dennis Smith Jr. and Will Barton, each of whom will have their own unique player exclusive in partnership with PINTRILL, an accessory brand that creates pin [...] 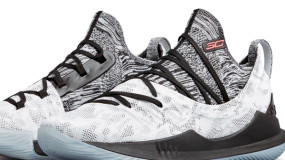 Under Armour and Stephen Curry are celebrating Ayesha Curry’s triumphs with a new colorway of the Curry 5, dubbed International Smoke after Ayesha’s restaurant in collaboration with Chef Michael Mina. For Stephen, International Smoke is more than one of his favorite places to eat; it’s a representation of his wife’s dedication, and a celebration of [...]

Under Armour and Stephen Curry Introduce the Curry 5 SC30 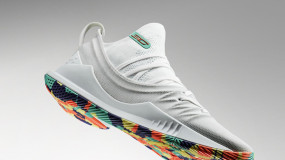 Under Armour and Stephen Curry have introduced a new colorway of the Curry 5 inspired by Stephen’s tour de force of workouts and conditioning this past offseason. Stephen has been training harder than ever and it shows. Averaging over 30 points a night with an unheard of 52/50/92 split, it’s Stephen’s game to win. His [...] 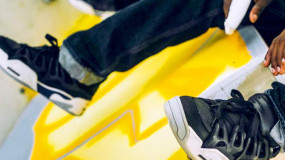 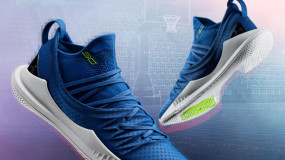 With another season about to tip off, another championship for Stephen Curry and the Warriors to defend, Under Armour is celebrating with a new colorway of the Curry 5; a take on the classic color palate of the Warriors, just Wired Different like the man himself, Stephen Curry. The new Curry 5 colorway was inspired [...] 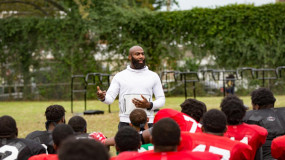 Two-time Super Bowl champion and Under Armour athlete, Malcolm Jenkins ambushed the Imhotep Charter High School football team’s practice on Monday, Sept. 24 and surprised them with an unreleased colorway of the UA Forge 96 sneaker in Philadelphia. Jenkins also delivered a powerful message to the players about how to live and play as a [...]

Stephen Curry Kicks Off International Tour with Under Armour 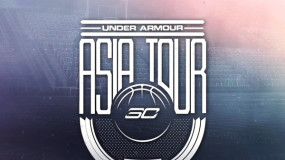 Stephen Curry has changed the landscape of basketball, giving youth of all sizes and abilities someone to look up to so they can hoop in any way possible – to achieve the impossible, through will and work. Beginning tomorrow, Stephen will share his work ethic and will-to-win with international audiences across Asia and Europe. The [...]

Under Armour Provides Inside Look at the new HOVR Havoc 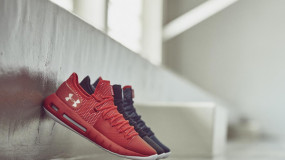 Under Armour’s innovative cushioning platform – HOVR – is coming to basketball soon with the release of the HOVR Havoc. Under Armour sat down with its senior footwear designer Leon Gu to get an inside look at how this new sneaker can help anyone take their game to another level – a level above the [...] 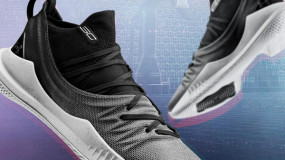 The next colorway of the Curry 5 from Stephen Curry and Under Armour is almost here. The Curry 5 black/white colorway is a nod to the contrasting sides of Stephen’s game, and pays homage to how he has broken the mold of what we expect out of our basketball superstars. A two-toned black upper sits [...]