Puma and The Weeknd Introduce The New Ignite Evoknit Wave 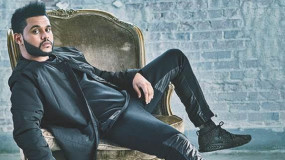 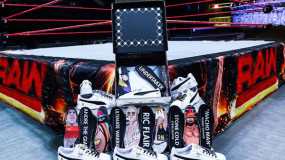 WWE’s biggest annual event, is right around the corner, but before Wrestlemania 33 goes live, WWE, Puma, and Foot Locker will release a special capsule of Clydes. These Clydes are inspired by WWE legends. Ric Flair, Andre The Giant, Macho Man Randy Savage, Stone Cold Steve Austin, The Ultimate Warrior, and the Undertaker. These legends [...] 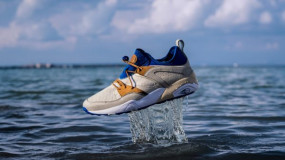 Taranto, Italy’s very own Sneakers76 is celebrating their 10th anniversary. As a way to celebrate ten years of success, they’ve collaborated with Puma to release the Sneakers76 x Puma Blaze of Glory. The theme behind the shoe is the story of “The Legend of the Dolphin”. The shoe features a premium suede upper done in [...] 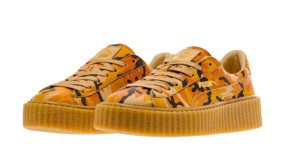 Rihanna is killing the women’s shoe game with the Fenty Creeper, and for the first time the shoe comes in a graphic print. The Puma Suede Creeper x Fenty by Rihanna ‘Camo’ is a game changer for the artist’s line. The shoe features a suede camo upper in tonal shades of orange, black, and oatmeal [...] 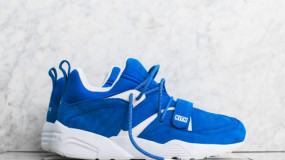 With a collaboration between Puma, Ronnie Fieg, and Colette in the works fans of the brands are pumped for expected releases. The Ronnie Fieg x Colette x Puma Blaze of Glory should hit store shelves next week. Unlike the Disc Blaze, the Glory of Blaze is a predominantly Colette-blue oily nubuck with white reflective panels. [...] 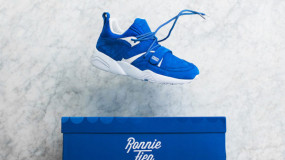 A recent collab between Puma, Ronnie Fieg, and Colette has fans of the brands hyped for the release. The Ronnie Fieg x Colette x Puma Disc Blaze collection consists of the Puma Disc Blaze and the Puma Blaze of Glory. Both silhouettes come dressed in Colette’s signature blue. The Disc Blaze features a pig skin [...]